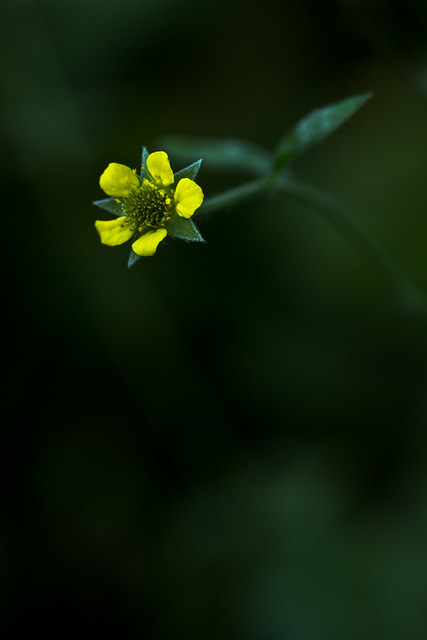 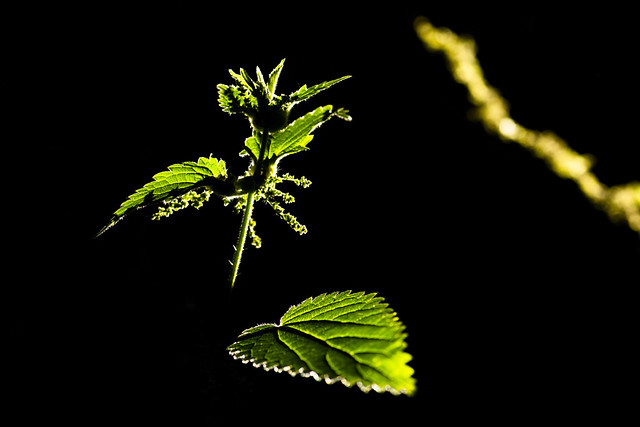 There was nothing special about the second one except spotting a shaft of sunlight coming through the trees and illuminating some nettles. The light was extremely bright, but very directional - much like a spotlight on a stage. You can actually see this light shaft in the first attachment below. I took lots of shots trying to find just the right angle of view, and spookily, once I got the right angle lady luck again stepped in because the background was now a tree trunk, which came out almost black. This, combined with the shadows, meant I had to do hardly any PP to get that black background.

The shot was 1/400th, ISO 100, f/6.3 on a 90mm macro lens (135mm in full frame money). I'm on a tripod as most shots were taken at very slow shutter speeds, but here that light beam was so bright I took shot after shot, upping the speed each time, until I got the effect I was after.

The second attachment below illustrates almost the same effect, but there's a shadow across the leaf that I didn't like. In other shots the out-of-focus branch in the top right was actually touching the nettles (see first attachment again) and I wanted the three elements separate to give the effect of three things floating in the darkness. So one more degree of turn and we're there.