Last night the dog was looking particularly cute so I grabbed the Fuji to try and take a shot but it simply wouldn't focus. Tried the Nikon and it nailed the shot first go.

I don't need to change either system - but long term it seems silly to have two systems and so I'm starting to consciously compare the two. I know I'm comparing early generation mirrorless (Fuji x-Pro1 and x100s) with later generation Nikon (D7100) so it may not be a fair battle. But it's all I've got. 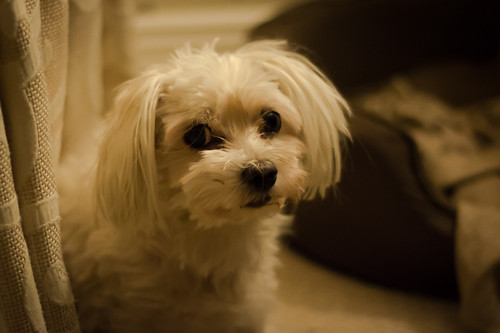