Have you ever taken a picture that is so amazing, you don’t have to do any editing? That’s SOOC photography! SOOC stands for ‘straight out of camera’ and is a pretty simple concept. Pictures that are good enough to be printed directly after taking them are SOOC.

Take a look at the picture above. This is a SOOC photograph taken by Photo by Steve Shreve on Unsplash.  Steve’s quote about the photo is::

“Sunset after taking a ride on this Ferris wheel. Straight out of camera, velvia JPEG. Towering 200 feet tall, the Great Smoky Mountain Wheel sits at the foot of the most visited National Park in the United States–Great Smoky Mountain National Park. As the centerpiece to the Island in Pigeon Forge, it stands as one of the tallest attractions in the Southeast!”

There is a larger collection of photos on Flickr in a SOOC group, with the description including, “Don’t molest the picture”.

Surprisingly, many people treat SOOC photography like this. Photos that are highly edited are sometimes seen as ‘less professional’, but this isn’t entirely true. Later, we are going to talk about how in the modern age, SOOC photography isn’t as common as you think it is.

First, let’s talk about the history and traditional use of SOOC photography. Keep reading to find out more. 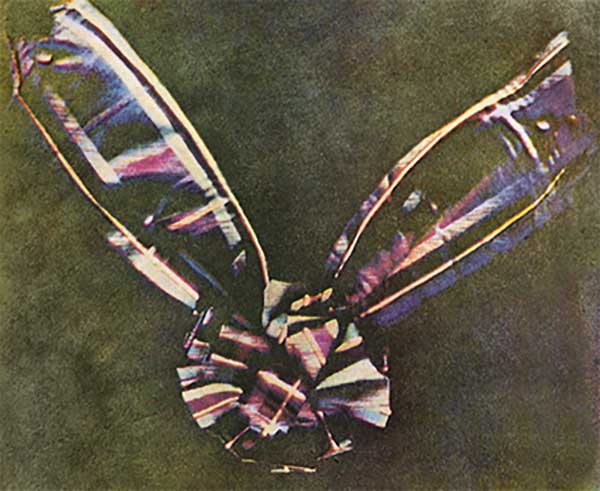 You might think that this type of photography has been around for a while, but that isn’t true! Since photography came into existence, there has always been a certain amount of editing.

The picture above is the first color photograph ever taken. It looks a little strange, I know. That’s because it involves a lot of manipulation. It is the combination of three different images with green, red, and blue filters.

Technically, the photo was edited before it was even put together, but there are plenty of examples of editing before Photoshop came around. Even early photographers new that not everyone is photogenic, so there were ways to edit photos without computer programs. 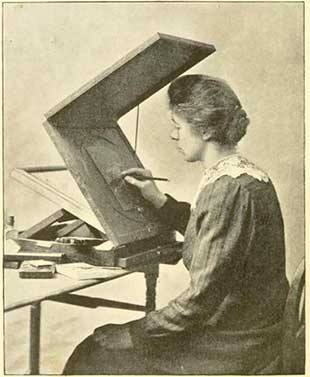 Photographs would be edited with a device like the one shown above. In 1898, there was even a manual for retouching! Editing photographs is definitely not a new process and can be traced back to the 1800s.

All of this is to say that while many consider SOOC photography as superior, this is not the case. People often claim that SOOC is ‘real photography’, but considering it isn’t as common as you would like to think, it’s not any more real than edited photos.

Surprisingly, it is a bit difficult to find examples of SOOC photography throughout history. A lot of editing can be done in a dark room, and that often was the case as well. Just like in modern times, photographers often edited the lighting of an image. Most historic pictures you see are edited, even if just slightly.

We started this hoping to get an understanding on the history of SOOC photography, but we are left with the knowledge that it is not as prevalent as you might have first believed. Now, let’s learn about what SOOC means in the 21st century.

SOOC in the 21st Century

Do a quick search on SOOC and you will see several websites pop up arguing either for or against it. The first thing you should know is that with modern digital photography, most images are not SOOC.

Think about the last picture you took on your phone. Did you tap a certain part of the screen to change the lighting? This counts as editing the picture because it differs from its original version. Many cameras automatically do this, so you don’t have to edit the lighting in your pictures. It is important to know that modern cameras also process an image when transferring a file to .jpg format. This means that if you take a picture on your camera and upload it to your computer, there have been some alterations made.

Take a look at the two pictures above. For this, the white balance was adjusted to create a brighter looking image. While the edited version looks bright, the SOOC version still looks great, with a little more emphasis on the colors in the ocean. A little edited completely changed the overall tone of the picture, and both are equally as good.

SOOC delivers a natural image to the viewer. If you want a more realistic picture that conveys what I actually happening, SOOC photography is great for that. Sometimes, editing takes away from the idea you are trying to convey. Often times, inexperienced photographers rely too much on Photoshop and their image begins to lose its quality.

While both SOOC and edited photography are acceptable, there are groups of people on the Internet who claim that editing a photo in any way lowers the quality. Remember the first picture we looked at? The Flickr group mentioned prides itself on not containing any edited images, and many users believe that programs like Photoshop create lazy photographers.

SOOC photography captures the moment that you are living in. Instead of changing details to be more favorable, you show the world how it really is. Trust your camera when shooting SOOC!

SOOC photography is a great way to share the world around you in its true form, but don’t be discouraged if you have to do some editing to your pictures. Many popular pictures that are circulated have gone through editing, even if it is just changing the exposure.

Overall, it is completely up to you on what type of photography you want to do. Many photographs look great SOOC, but sometimes a picture just needs it be edited. If you choose to shoot SOOC, learn how to get the most out of the features that your camera offers. If you want to edit your pictures, make sure you don’t rely too heavily on Photoshop.

Now you know all about shooting SOOC! There are tons of SOOC pictures online so if you need inspiration before your shoot, be sure to check them out.