These days, with resolution counts growing higher and file sizes keeping pace, memory cards don’t hold as many photos as they used to. One solution is to use a portable photo storage device, which is essentially a card reader bolted on to a hard drive and a battery pack, and the appropriate software to copy your image files across when your card gets full. These range from rudimentary models complete with grey-scale LCDs and flashing LED lights, to more advanced models with large colour screens and video playback capability.

Today we’re looking at a unit belonging to the latter category – the Vosonic VP8870. The Vosonic VP8870 bills itself as a “Portable Video Recorder, Digital Photo Storage & Multimedia Player”, which is a fancy way of saying that it has everything bar the kitchen sink. This model is Vosonic’s flagship multimedia storage viewer product, and starts at around the $250 USD mark for the bare unit without a hard disk.

It features a tantalizingly large 4.3″ TFT LCD which boasts a high 800 x 480 pixel resolution; multi-format video, photo and audio playback capability, which makes it an ideal multimedia viewer. Its built in card readers, mini-USB, built-in microphone and A/V inputs allow it to accept a variety of card formats and audio visual sources.

I also wanted to compare it to my NEXTO ND 2300 OTG unit, which is a few generations old and lacking a few bells and whistles, but is what I would regard as a trusty, reliable workhorse. 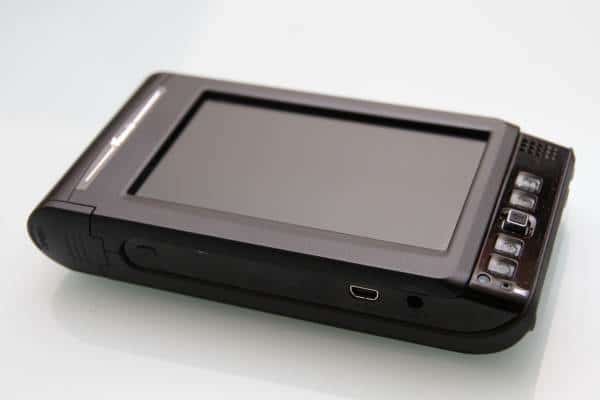 The Vosonic VP8870 is made of a mostly sturdy plastic construction, with some metallic panels in various locations, giving of a very high-end feel. It appears robust in the hand, and combined with the supplied leather case, feels like it is ready for the field. It has a good heft to it as well, which adds to the premium feel. 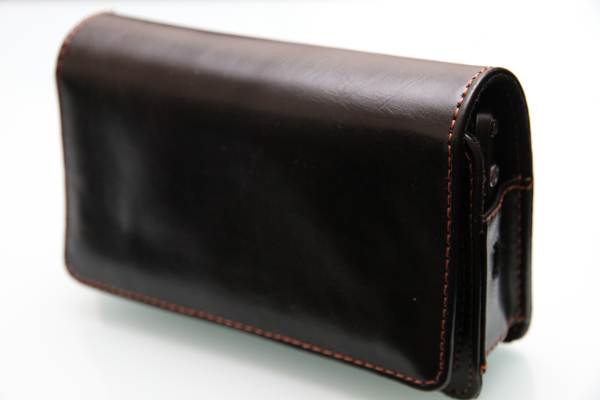 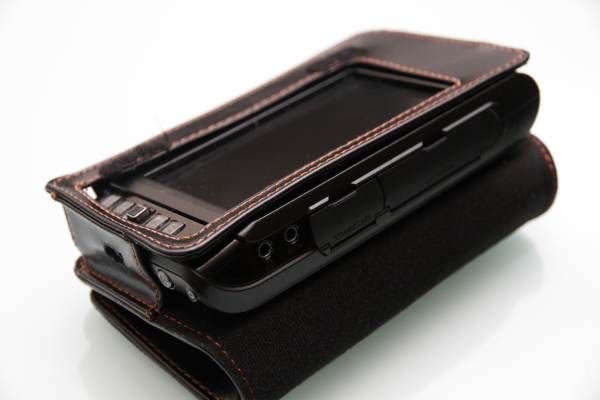 The feature that strikes you immediately on the Vosonic VP8870 is the large 4.3″ TFT LCD screen which bright and gorgeous to look at. The 800 x 480 pixel resolution shows a great amount of detail in photos and is a welcome change to the 2″ or 3″ displays on the back of most cameras. It uses a matte, anti-glare coating, which helps visibility in sunlight. Colours do get washed out in direct sunlight, but that is not unexpected.

In a clever design move, all the controls for the Vosonic VP8870 are located on the right side of the unit, so the unit can be effectively used one handed. To the right of the screen, there are clear plastic buttons for menu, back and a 5-way joystick, plus the zoom in and zoom out buttons. Some of these buttons serve a dual purpose depending on your context (e.g. menu button brings up options during photo viewing and video playback) and is pretty intuitive once you get familiarized. The buttons themselves are made of hard plastic and give good tactile feedback. 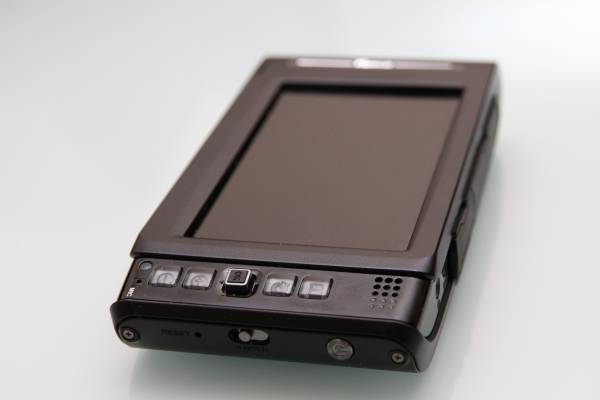 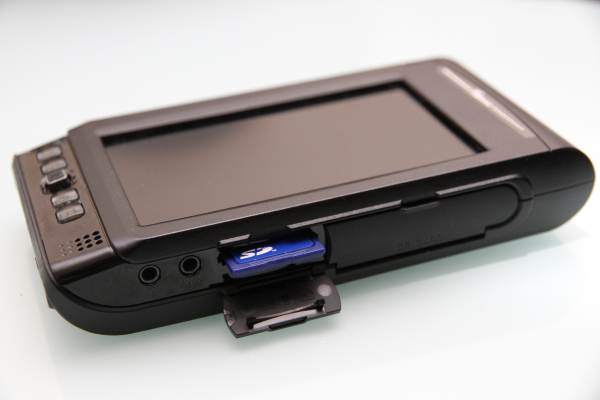 On the right side of the unit is located the power button, hold switch and reset hole. The top of the unit houses the card readers, which are protected by sturdy plastic doors, and the A/V input and 3.5mm headphone socket. The bottom of the unit features the mini USB socket, power jack and battery door. All the doors shut tightly and securely, and provide excellent dust protection – kudos to Vosonic for this detail.

Despite the bells and whistles, the Vosonic VP8870 is first and foremost a portable storage device, and the built in card readers accept the CompactFlash, SD, SD/HC, MMC, and Memory Stick formats, as well Mini SD, RS-MMC, MS Duo, MS Pro Duo formats via adapters. You can also plug in any other storage device – USB keys, hard disk camcorders, card readers – via the mini-USB slot at the bottom of the unit. Internally, it accepts a single SATA 2.5″ hard drive, and a 640GB model was kindly supplied to us for the purpose of the review. One thing I should point out is that the unit formats its internal hard disk in FAT format to maximize compatibility between Windows and MAC, but that has the drawback of having a maximum file-size of 2GB.

Upon inserting a memory card, the Vosonic VP8870 will automatically bring up a prompt for the user to copy the contents to the hard disk. The unit automatically creates a date-time stamped sub-folder under the Backup directory, and then copies the data file by file. To test the speed of the unit, performed several timed tests compared to the Nexto ND 2300 device, performing the same tasks on each where possible. 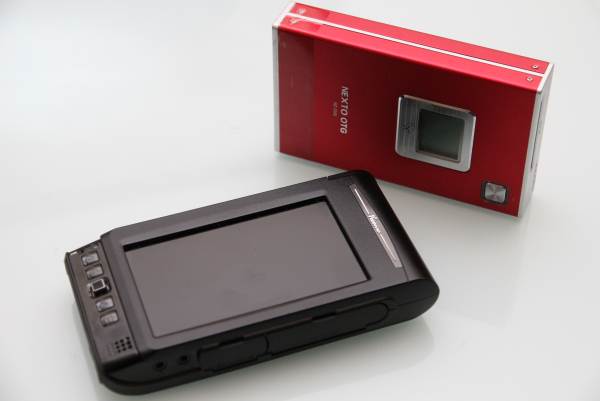 In the CF read tests, the Nexto unit consistently outperformed the Vosonic VP8870 by a factor of over 1.5x, while with the SD card tests the two units were neck and neck (although I had to use a card reader via the USB slot on the Nexto, as it only had a CF card reader). When downloading data from the unit to the computer via a USB 2.0 port, again the Nexto was faster by 150%. To put it into perspective though, we’re only talking about an additional 3 minutes or so for a 4GB card. But then again, for say a sports photographer in the closing moments of a match, 3 minutes could be an eternity.

I was not able to test this fully, but the manufacturer claims that the battery is good for approximately 40 cycles of downloading from a 1GB card, and also 2.5-3 hours of video playback, or 10 hours of music playback with the LCD off. However, Vosonic have smartly designed the unit so that the rechargeable battery is removable, allowing you to carry additional batteries to extend your time in the field.

The Vosonic VP8870 has a few other tricks up its sleeve over the Nexto unit, mainly due to its colour screen and multimedia playback capabilities. Reviewing photos was an absolute joy – the 800 x 480 resolution providing plenty of detail for a 4.3″ screen, and is a viable alternative for a laptop in the field. 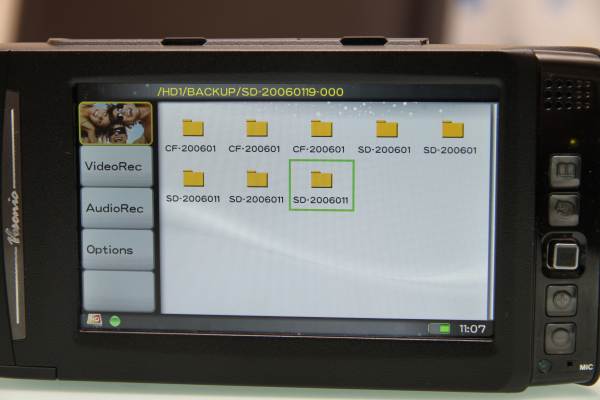 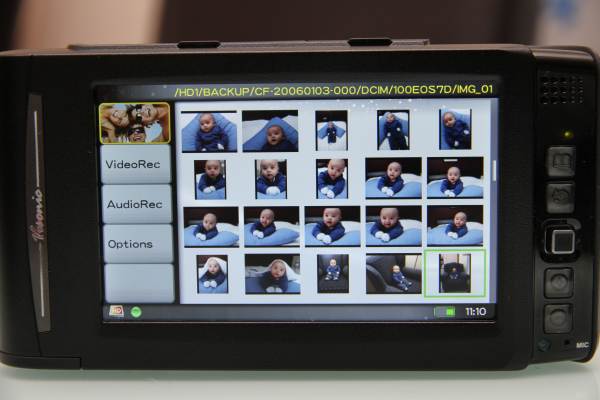 In the zoomed out view, you are able to see a screen of 20 thumbnails at a time, and are able to very rapidly scroll between pages. Navigating the folder structure on the hard disk or memory card is very intuitive – you use the joystick to move the highlighted item, click in to select, and the back button to go back to the previous folder. Folder contents display quickly, and thumbnails are also read and displayed in quick succession.

In the single image view though, moving between images produces a lag of around 1 second, which is serviceable but not the most inspiring. Also, when zooming in, the images still appear quite fuzzy and I get the feeling that you’re not truly seeing all the detail.

What is impressive though, is that the unit can read and display EXIF data as well as a histogram in the bottom left corner, which is extremely handy for photographers. I was also pleasantly surprised that it could read the CR2 RAW files straight off from my DSLR. 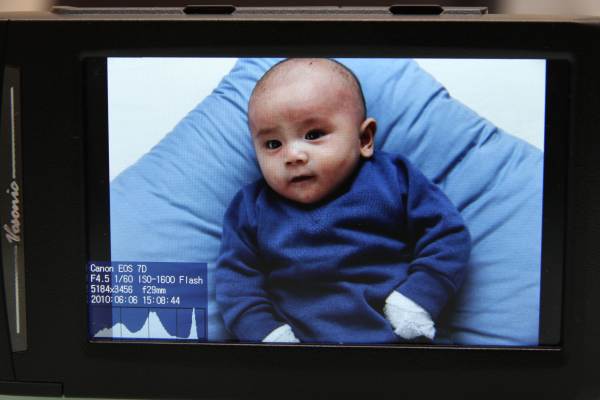 While not out shooting photos, one can also entertain oneself with the VP8870’s video and audio playback capabilities. It supposedly supports various video codecs such as Motion-JPEG, MPEG1, MPEG2, MPEG4, XVID and audio formats such as MP3, WAV, WMA, AAC, and OGG. Disappointingly, it wouldn’t play the MOV file formats straight out of my DSLR – that would certainly have been a nice feature to have.

I tried a couple of movie and TV length AVIs and XVIDs, and it was able to pick these formats up straight off. However, there was quite a bit of motion lag – almost like it was dropping frames – and was readily apparent when the camera was panning or in action scenes. There was also some colour banding which as a little distracting. I was quite looking forward to the experience, but I must admit that playback quality with the ones I tried fell more towards the barely acceptable range rather than the exemplary due to the issues above. The video controls were excellent though – tapping the joystick left and right allowed you to quickly jump about 30 seconds forward or backward, and holding it down moved into fast forward / rewind mode. 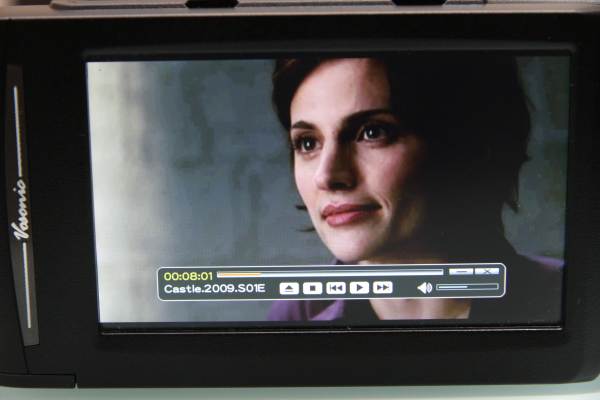 There’s also a supplied remote control if you wanted to kick back on the couch; another nice thing is that the belt clip on the back of the leather case can be extended out to form a makeshift stand to prop it up at a nice angle on a coffee table. Additionally, you can hook up the unit to a external display via the composite A/V out for large screen viewing.

The unit also supports recording of audio through its built-in mic to allow note taking on the go, and also recording of video from an external video source – from say a camcorder or DVD or VHS player.

All in all, I think the Vosonic VP8870 is a nice, capable, all round unit. On the positive side, the construction and feel in the hand is top notch, with nice controls. The screen is gorgeous to look at and is most useful for reviewing a lot of photos on the go, with useful EXIF and histogram displays. As a photo backup unit, the VP8870 does its job adequately but is outpaced by the single-purpose Nexto unit. The multimedia functions are a nice to have, but given the choice, I would readily use an iPod or iPhone over it despite the smaller screen.

The Vosonic VP8870 is also priced quite competitively compared to similar Nexto units. At the end of the day, you do get quite a bit of bang for your buck, so one would need to consider whether the tradeoff in performance can be justified for the added viewing and multimedia capabilities.

More information on the Vosonic VP8870 can be found by visiting their product website or retailers as MyDigitalDiscount.com, who have kindly supplied us this review unit.