A friend of mine got married recently and I was lucky enough to be part of the wedding. During the lengthy photo session, my mind began to wander. As I looked around at all of the photographer’s equipment, I found myself wondering, what’s the difference between white and black photography umbrellas?

After the photo session, I pulled the photographer aside, and he was kind enough to explain the difference between the umbrellas. Photography umbrellas are used to control light, but different umbrellas do it in different ways.

Photography umbrellas come in a variety of different colors, sizes, and shapes. Depending on the subject of the photo, the setting, and the style of shot the photographer wants to capture, he or she may use different umbrellas. There’s a lot more that goes into selecting an umbrella than simply deciding whether you want to diffuse or magnify the light. 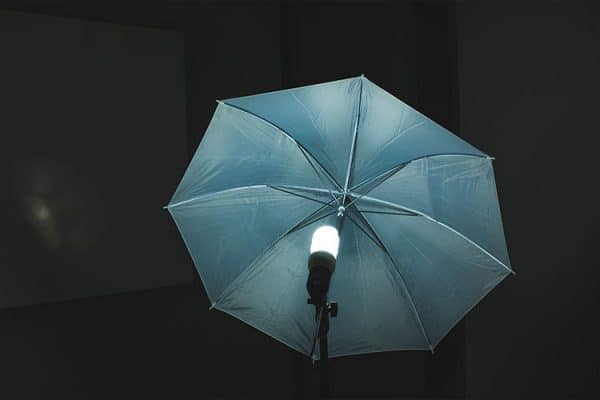 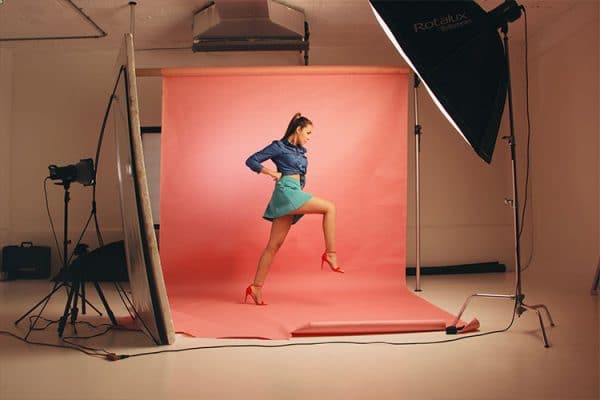 Because black umbrellas have a reflective interior, a photographer can move the light source further from their subject without losing intensity, so a black umbrella is considered a more efficient light source than a white one. The end result is that the light can spread over a larger area, but remain bright and focused.

A white umbrella with a black exterior is the most neutral of the three reflective options. A reflective white umbrella is different than a shoot-through white because it intensifies the light rather than diminishing it. It can produce more contrast between highlights and shadows than a shoot-through white but is also more neutral in tone and less dramatic than a silver or gold umbrella. It keeps the colors in the photo more true to real life.

Silver-lined umbrellas are popular among photographers because they intensely magnify the light source and create dramatic, edgy photos. Silver umbrellas help you achieve greater contrast between highlights and shadows because the shadows are more harsh and defined. The silver also creates a cooler toned image than either white or gold umbrellas.

Gold-lined umbrellas also magnify the source of light to create dramatic photos, but they create more warm-toned images than the other two colors. This can have wonderful effects on skin tone. However, it can distort other colors like white wedding dresses, so gold umbrellas may not be suitable for some situations.

The intensity of the light and the desired temperature of the photo are all important determiners in selecting the proper umbrella for a shoot. You can create major differences in photos by making simple changes like choosing a shoot-through umbrella rather than a reflective umbrella, or by using a silver umbrella rather than white.

Different Umbrella Sizes and When to Use Them 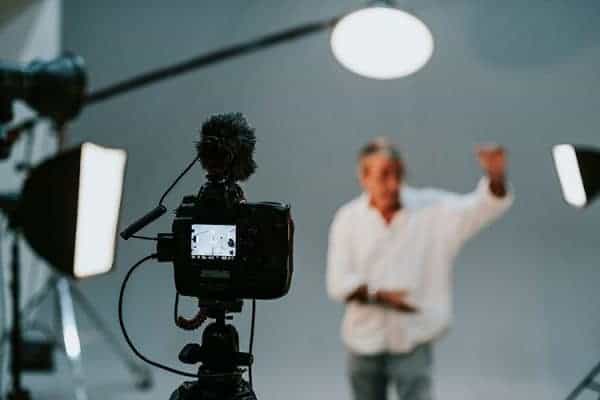 Umbrellas come in many different sizes, from about 20 inches in diameter to over 7 feet. Larger sources of light appear softer on a subject than smaller sources of light. Think of how different someone would look photographed with a flashlight shining on their face versus with a table lamp beside them.

The strength of the light is affected by how close the umbrella is to the subject, as well as how close the light is to the umbrella. A bright light placed close to a small, reflective umbrella will create dramatic shadows, especially if the setup is placed near the subject. A large umbrella, even a reflective one, will create much softer shadows when placed a number of feet from a subject.

Something to consider when using a large umbrella, especially a white shoot-through, is that you may need a stronger light source to maintain your desired brightness.

By varying both the size of the umbrella and the variety (shoot-through, reflective silver, etc.), a photographer can dramatically alter the lighting on their subject. Even outdoor light can be manipulated drastically with the right tools.

Different Umbrella Shapes and When to Use Them 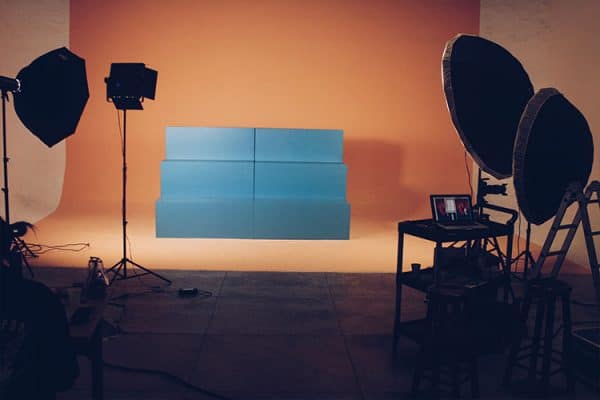 Typically, regular photography umbrellas have eight triangular panels. The panels on a regular umbrella are larger than those on a parabolic and the umbrella is more open and wide, so they diffuse light more gently.

Think about the difference between a bare bulb and one in a lampshade. The bare bulb, like a regular umbrella, shines light all over the room, while the lampshade directs the light down onto the table. A parabolic umbrella affects light much like a lampshade, pointing the light more directly toward where the photographer desires.

Something to keep in mind with parabolic umbrellas, or any large regular umbrella, when shooting outdoors is that you need to carefully secure them before shooting. Large umbrellas are shaped in such a way that they can very easily catch wind and tip over, causing injury.

True Black Umbrellas and When to Use Them 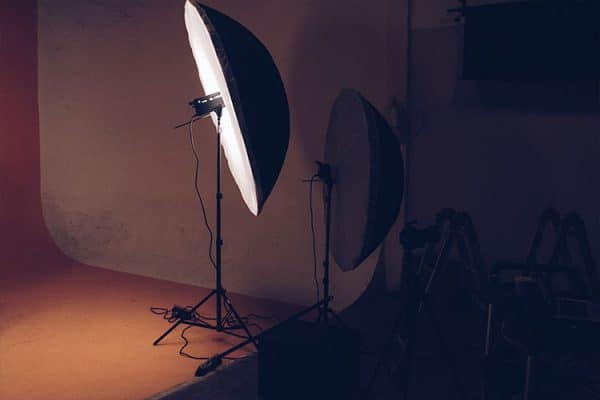 Some umbrellas are purely black on the inside and out. This type of umbrella has the opposite effect of the other umbrellas. Rather than diffusing light or magnifying it, the purpose of a fully black umbrella is to absorb light.

This can be useful when doing outdoor shoots if the sun is shining too brightly. A photographer can create shadows by placing a large shoot-through umbrella in one area to diffuse the sunlight, while also placing a true black umbrella opposite it. This will soften the light on one side of the subject, while absorbing light on the other side, thus creating contrast lighting that’s less harsh than plain sunlight.

True black umbrellas, or even black panels, are often used in indoor photography studios also. Umbrellas reflect a lot of light, so dark umbrellas absorb excess light spilling into the photo’s focal area. This helps intensify the shadows on a subject’s face. Dampening some of the light can actually make colors appear more brilliant and less washed out. 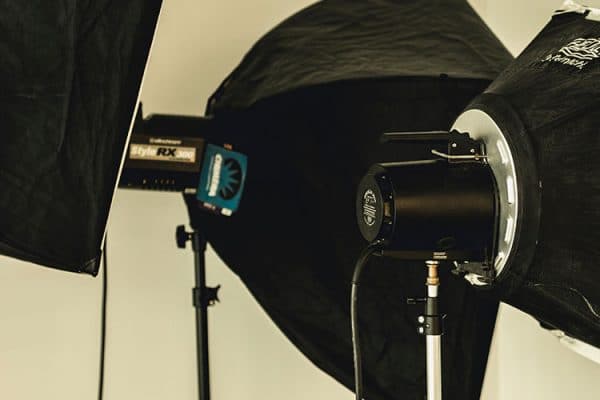 Umbrellas are a very common tool used to alter lighting in photos, but they’re certainly not the only one. Softboxes are another popular type of light diffuser among photographers. The main difference between the two is that umbrellas cause light to spread wide, and softboxes keep light focused in a specific direction.

One of the advantages of using umbrellas is that they’re affordable. You can purchase a variety of different umbrellas, thus giving yourself a multitude of ways to manipulate light, for a very reasonable price. Another advantage is that they’re highly portable. They simply fold up like any rain umbrella and they’re lightweight.

Beginners are more likely to be successful with an umbrella than a softbox. Shoot-through umbrellas are so simple that anyone can make one work. They don’t rely heavily on perfect distance placement and angles like reflective umbrellas or softboxes. They’re ideal for rookies because they’re so effective at diffusing light that they can mask a lot of lighting mistakes.

Softboxes are a bit more complicated to set up than an umbrella, but not by much. Typically, however, they are more expensive than an umbrella, especially as they increase in size. Since softboxes focus light much more directionally than an umbrella, proper lighting of a subject requires the softbox to be about the size of the subject. For a full-body portrait, you’d need quite a large softbox.

Softboxes can be more challenging to correctly place for proper lighting than umbrellas, especially for beginners. However, once you get the hang of it you can create beautiful light and shadows with a softbox. 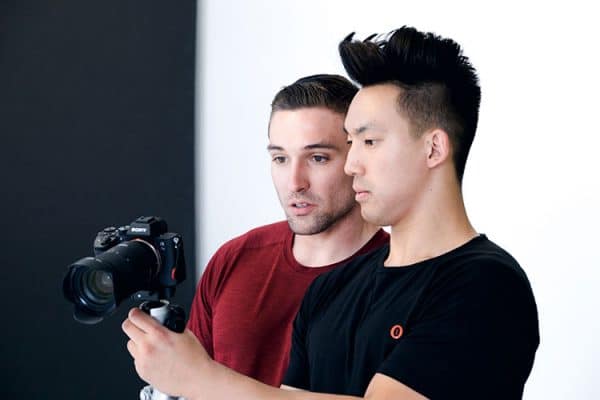 What is a diffuser in photography?

A diffuser is any tool you can use to soften and spread light for a photo. Umbrellas are common diffusers, as are softboxes. You can even get rectangular plastic diffusers that attach to an on-camera flash to soften its light.

Is a softbox better than an umbrella?

Both softboxes and umbrellas are used to diffuse light, but they do so in different ways. Softboxes are more directional and umbrellas create a more wide, gradient light effect. Neither is objectively better or worse, they’re just very different. Which diffuser is better is completely dependent upon your setting and the type of shot you want to capture.

What does a speedlight do?

A speedlight is a battery powered flash that can be used on or off a camera. You can use it off-camera as a light source for use with an umbrella, both shoot-through and black umbrellas with reflective interiors.

1 thought on “The Difference Between White and Black Photography Umbrellas”